Last month I shared a scanned in version of Weldons home dressmaking magazine, this month I’ve spent a bit of time scanning in a Bestway Fashions no. 244 underwear, nightwear and pyjamas magazine.

It was in quite a state and my Photoshop skills are not the best but I think I’ve managed to make it look presentable. Again it has no date. My guess would be late forties – the Singer sewing ad mentions making your coupons go further so it was definitely before 1954 but I think that’s obvious from the styles anyway. I messed up a bit with the text in the centrefold and it didn’t match up when I tried to piece my scans together. You can see why I’m a textile designer and not a graphic designer!

I just love everything in this magazine although I just know if I made any of it it would never be worn. I’m a bit of a jeans girl unless I’m going anywhere special when I do like to dress up and as for beautiful nightwear like this, well it just wouldn’t happen, so I’ll just dream…..

These nightdresses look like something you would see on the Oscars red carpet, so beautiful. Obviously it helps that the models legs are drawn to look twice as long as they really would be in real life – interesting that that sort of thing went on even back then. 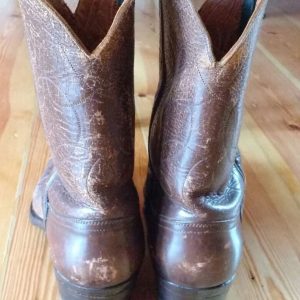 If you follow me on Instagram you will have probably seen these already, I shared a few photos when I originally bought them but I love them so much I’m going to share some more! I fell in love with these boots when I was looking for a pair of western style boots. I love… 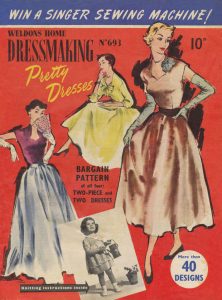 I have finally gotten around to scanning in the last of my Weldons Dressmaking magazines. I left this one until last because it was ripped almost across the whole thing and it took me a while to make it look decent in Photoshop (which isn’t my forte) But anyway I think it was worth the… 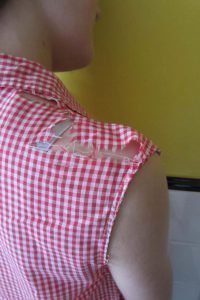 I had this lovely little red and white gingham vintage cotton blouse. As with most of my vintage finds I remember buying it. I can still see the shop in my minds eye, we were driving through a small town in Texas and pulled over to have a look in a little vintage/thrift shop. I… 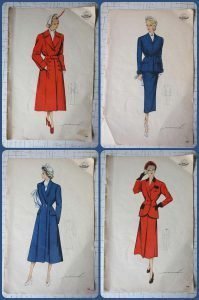 A few weeks back we popped over to East London for a Sunday morning car boot sale. I do love a car boot but have to be in the right frame of mind to really have a dig around. I only came away with one purchase but one I’m really happy with, a set of… 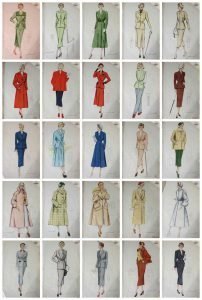 About three months ago I posted  four of these sketches with the promise that more would follow but they didn’t. Better late than never, here they are. If you follow me on Facebook you’ll have seen them already but I like to keep my promises so I’m posting them here too, hope you enjoy them….